This new concept from Subaru will will come with VTOL properties. It’s not evolution until it can fly, right? Over the years, we have been amazed by the wonders of technology in creating extraordinary things. We have seen flying cars, thanks to Terrafugia’s recent “roadable aircraft”, and now we are about to witness a flying motorcycle. Subaru might just be able to grant us a clear vision as to what this flying two-wheeler will be like with its latest design.

The Japanese manufacturer has just recently filed a patent application for a motorcycle that will also function like an airplane or helicopter. The application was filed with the US Paten and Trademark Office early last month and this was discovered by Motorcycle.com on April Fool’s Day. I know what you’re thinking- and no this is not a joke. Subaru is all business and no games. The application describes a land-to-air vehicle that will have vertical takeoff and landing (VTOL) capabilities.

By looking at the sketches, the flying concept is likely a motorcycle tucked into the fuselage of a small one-person airplane. Similarly, when it lands on the ground, the wings are tucked into its sides. It will extend outward with propellers facing upward when you’re read to take to the air. Once it is up in the air, the wheels will retract and the propellers will flip sideways.

According to Robb Report, Subaru’s flying motorcycle is not eVTOL. The bike will feature an internal combustion engine as opposed to an all-electric powertrain. In 2021, most of the VTOL concepts are fully electric so it is unusual that Subaru has opt for VTOL instead of eVTOL.

There appears to be no information as to the progress of the flying motorcycle. Stay tuned for more updates. 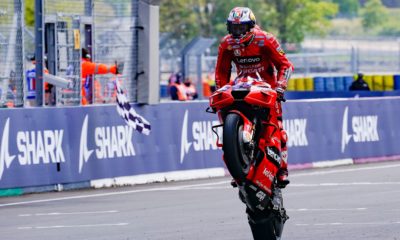