Ciao Bella! The MotoGP paddock heads on over to Mugello for its next big race. Here’s what some of your favourite riders have to say. 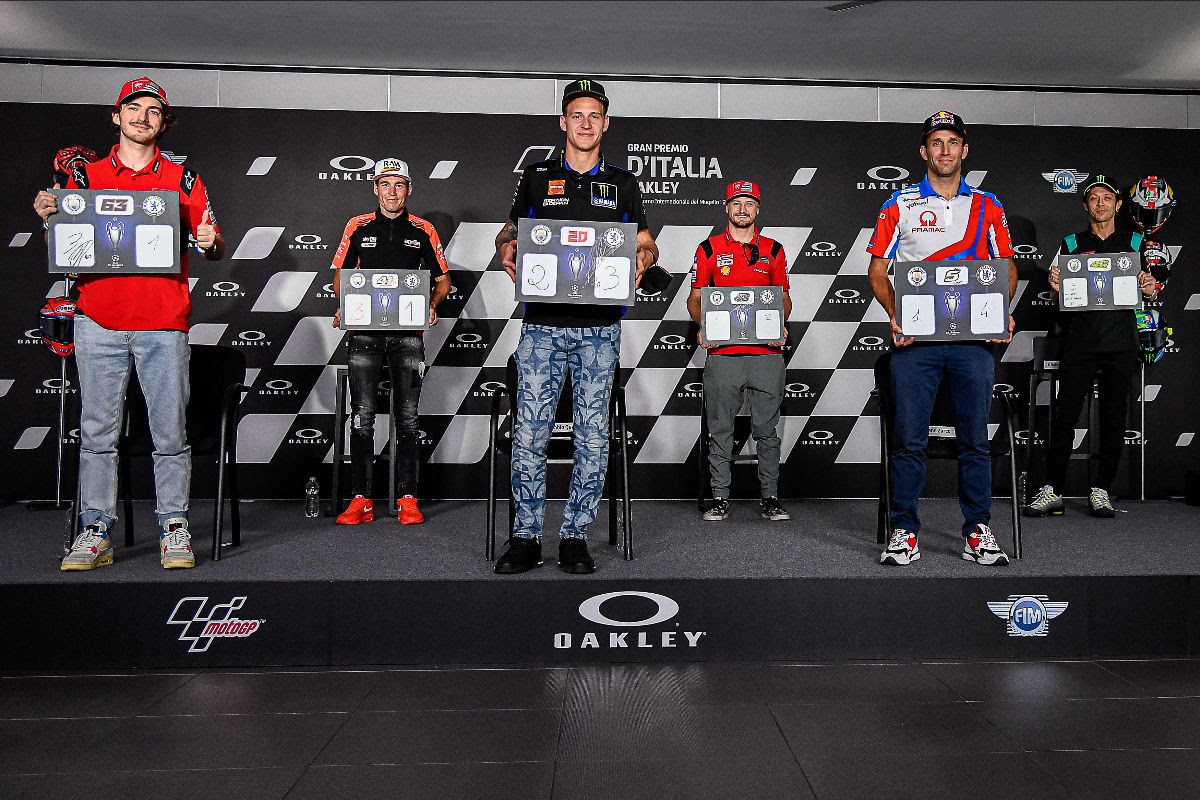 The Championship is back on track, with its next stop at the fabulous Autodromo Internazionale del Mugello. Fans and riders are both geared up for engines to rev in Tuscany with the Pre-Event Press Conference garnering the attention of many.

Take a look at what some of this season’s top contenders have to say. 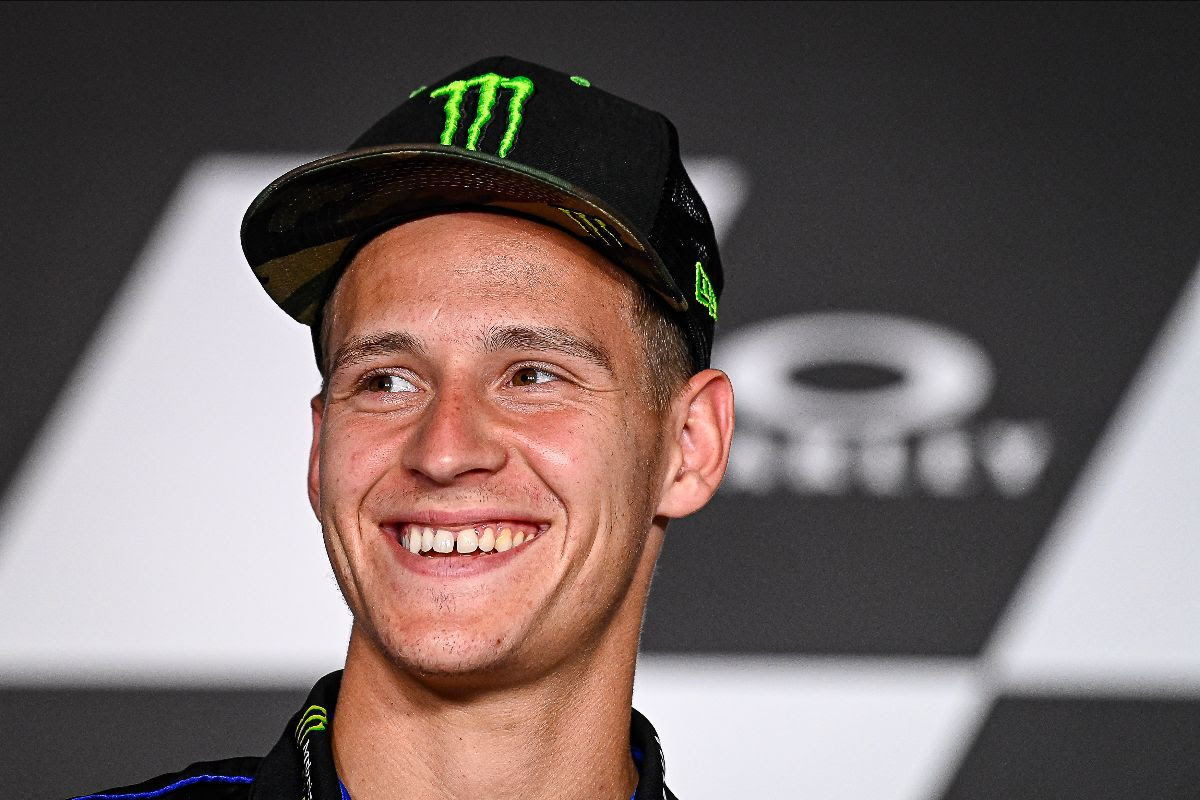 “I’m expecting a great race, you know when we were in Qatar I was feeling a bit the same because Ducati had won the last three races and actually I’m feeling good on the bike. On the straight we know it’s not a strong point for us but there are many corners here, and the fast corners are where I feel good. I think we need to just start the weekend like a normal weekend, not thinking about the last three wins of Ducati or the big straight here, just go for it, do our pace and see on Sunday. The most important thing is that we have a really great feeling on the bike.”

Francesco Bagnaia (Ducati Lenovo Team)- What to Expect in Mugello? “It would be great if I could win my first race here but at the moment it’s not my objective. First of all, it’s more important to be constant and then competitive from the start of the weekend. Then, if the win is possible, I will try to achieve it. At the moment I’m just thinking about being competitive like the last race in Le Mans. In the wet conditions I was struggling a lot at the start of the race so we have to understand that this weekend. I want to be competitive from the start like in Portimao, like in Jerez and then we will see. It’s a track that I like, it’s a track where the Ducati is really sweet so I think we have a great opportunity.”

Johann Zarco (Pramac Racing)- What to Expect in Mugello? “Having a nice feeling on the Ducati and knowing the Ducati is quite competitive here, I’m hoping to use the advantage of the bike pretty well. The race in Le Mans, the wet conditions helped me to get a nice podium and 20 points in the championship, so pretty happy to be back in the top three and try to stay there, keep gaining points on Fabio to play my game. Ducati’s situation, if we can enjoy, Pecco, Jack and me together and put some pressure on the main opponent which is Fabio on the Yamaha, this would be great for the Championship.”

What’s the most demanding part of the track?

“As we know, we have this long straight where we will have this advantage but with every bike, Turn 8 and 9, with the MotoGP bike you feel a lot of pressure on your body. Because of the track you feel you can always go fastest and faster, but it’s not that easy. But you feel you can do it and you try. It feels like some corners like Portimão, very physically demanding. All these parts, 8, 9 and going into 10 when you can’t see it braking downhill, I think this area is one of the most demanding.”

Jack Miller (Ducati Lenovo Team)- What to Expect in Mugello? “If you’re unhappy in my situation I mean, you’ve got something going wrong. I’ve had a pretty phenomenal couple of weeks and it feels unreal to get the contract signed up and not have to worry about that for another eight months or so and just focus on what I enjoy the most, which is riding my motorcycle. Mugello demons? I mean it’s a place I love, as I think everyone else does. Just arriving here in the beautiful landscape of this place, it’s just, you know, we definitely missed it last year. My report card of Mugello is not the most pleasant one, I’ve always been pretty quick here but just haven’t been able to see too many chequered flags. I’ll try to put that right this weekend but we’ll see what happens.”

“That was basically the time when I started watching racing. I started racing the following year but we all started really watching in 2007. Of course, with an Aussie doing well. I, unfortunately, missed most of Mick’s era. Seeing an Aussie do well is what turned me on to the sport. I mean I prefer to not even think about the whole three on the trot or anything like that, I’m just happy to be here and be in one piece and try to do a decent weekend. No, I haven’t spoken to Casey recently. To be honest, I’ve been flat out trying to get back to as many people as possible but I’m not really good on my telephone, as most people know. I’m trying my best though.” “I’m pleased, happy with how things are going. It was a shame in Le Mans because I was in sixth and chasing Alex Marquez for fifth place so it would have been very nice points for the championship, but races are like this. We had a small technical problem but now arrive here in Mugello and as Jack said, it’s one of the most difficult, challenging but at the same time fun tracks to ride in the world. We missed this circuit last season so I can’t wait to try the new bike here, we know it’s not going to be easy because the straight is very, very long and this is one of the weak points – top speed. But the bike is going very well on changing direction and stability side, so I can’t wait to try the bike here and I’m very curious as to how we go.”

The Aprilia rider was also asked about his comments on MotoGP™ Podcast Last On The Brakes, where he said the tougher times even made him consider retiring:

It’s difficult to go to the races to fight for the top 15 and not more. Every race giving your best, feeling you’re riding good, working at your maximum level but impossible to finish in the top 10. I’m not saying to win races but at least to finish in the top 10 or top six like we’re doing this year, so it was very frustrating. Every time I arrived home I couldn’t disconnect and I was very angry, I wasn’t enjoying life. Yes I love MotoGP, it’s my passion since I was born but I think life is too short to not be happy and not enjoy what you’re doing.

I think I’m able to do a lot more things over than ride MotoGP so yes, I was thinking to change my life but then with the arrival of Massimo, things started to change in Aprilia. By changing things he convinced me, the project grew and I think I took the right decision. Thanks to him the results are arriving, the team and the project is growing so much and we are working very, very hard, the results are there. The new bike is much more competitive, again we aren’t fighting for victories but we’re closer than ever. When you can go to the races and fight for top sixes, the approach and mentality is another story. Now I’m enjoying life and I hope I can bring the project to the next level like we deserve!” 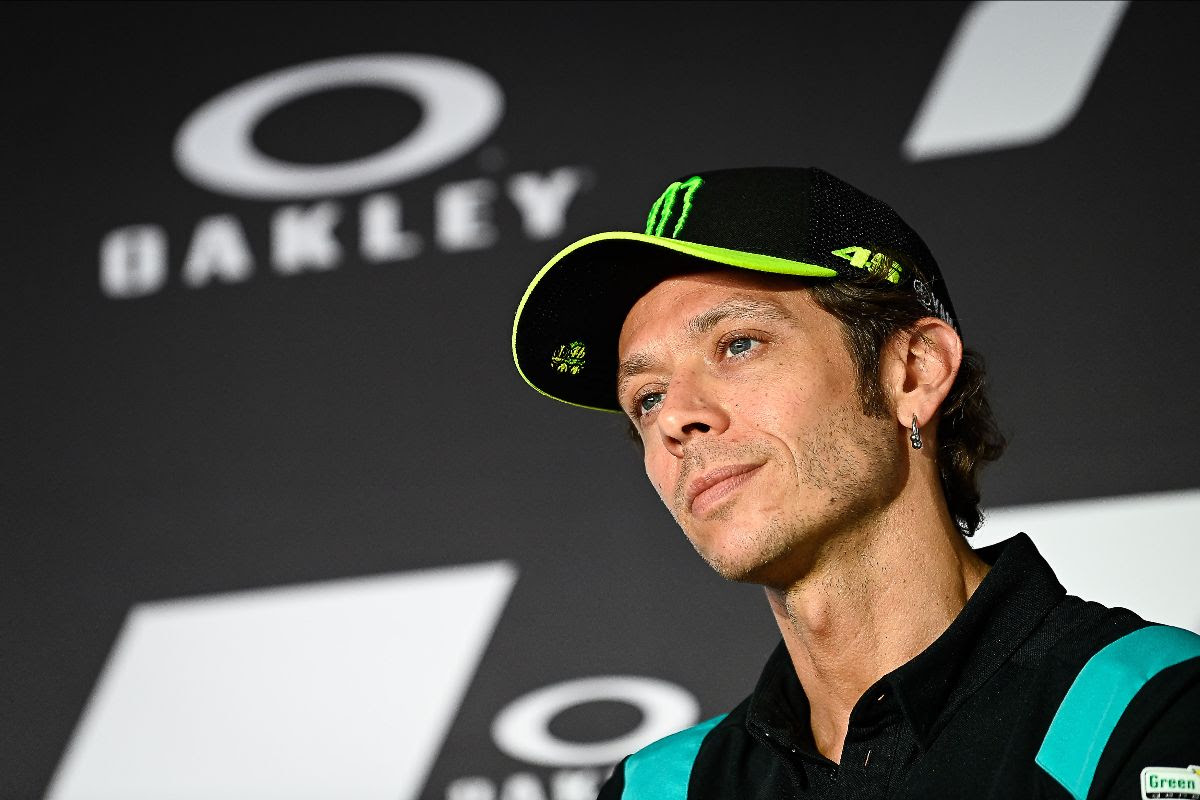 “This is a special place for all the Italians that are fans of MotoGP because it’s been the home of the Italian Grand Prix for nearly 30 years. Also, it’s a special place. When I arrived yesterday during the night, it’s great you know. The track, the Tuscan hills, all the paddock, so it’s unbelievable. We have to see because in Le Mans it was a bit better. Unfortunately on Sunday the conditions were very difficult for everybody. We will see here what my speed is like during the weekend.

“We now have a very important period of the championship because we have four races in five weeks. Also, at important racetracks like Mugello, Barcelona and Assen and then without Finland we will have one month off. Everybody will start to think about 2022 during that period, so like I said that the beginning, in that point I will make my decision. But also it’s not only my decision, I have also to speak with the Petronas team and also with Yamaha to understand what their plans are for next year. We will see but for sure now these four races are very important for us to try and find some good results.”