Red Bull KTM Factory Racing’s Manuel Lettenbichler is ready to take on round two of the 2021 FIM Enduro World Championship. 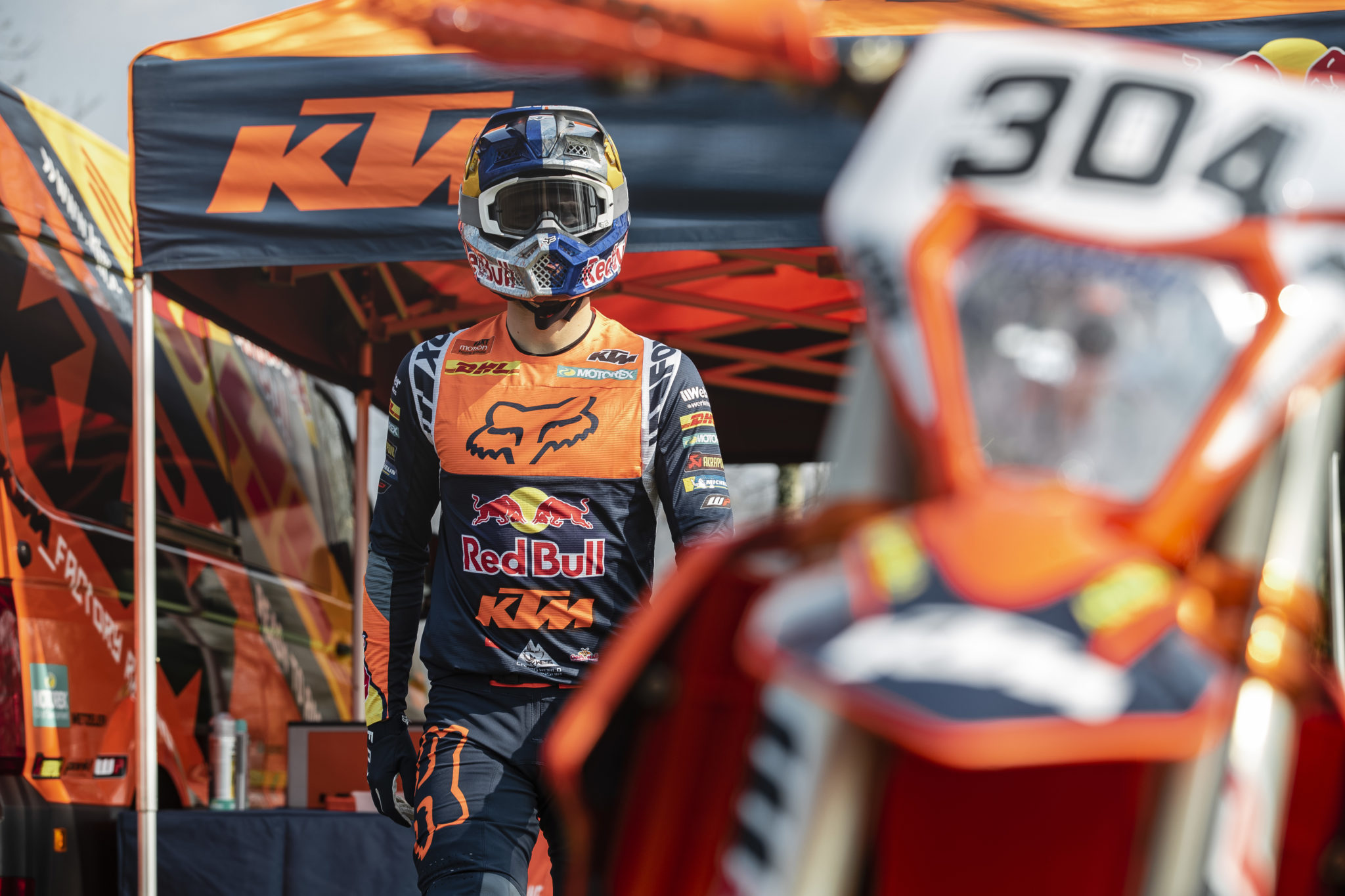 Enjoying a successful debut EnduroGP appearance last year at the final round of the series in Portugal, Manuel Lettenbichler showed that he has impressive classic enduro pace, and the skills to mix it with the best.

“Returning to EnduroGP, it’s going to be good. I’ll be racing on a 450 EXC-F, so that’s going to be something new for me. It’s not the bike I ride the most, but I’m looking forward to it. Also, to be returning to EnduroGP is going to be cool, especially in Italy. Last year I had a great time racing in Portugal, and last weekend’s event there looked great, so I’m excited for it. There’s not so much pressure on me, but I will for sure do my best and try to get the very best result out of it. The pace of the top guys in EnduroGP is insane, but I’m looking forward to being in Edolo and racing with the guys. It’s going to be a great way for me to get back into racing, as the following weeks and months are going to be super busy, starting with Abestone and Red Bull Romaniacs. It’s going to be fun, and I know it’s going to be a great event.” – Manuel Lettenbichler Looking to carry the pace and momentum that took him to a double Enduro2 podium result last weekend in Portugal, Josep Garcia comes into round two eager to win and focused on performing consistently in Italy.

With Edolo situated northeast of Bergamo – the home of KTM Farioli – the event is an extremely important one for the factory team, where both Lettenbichler and Garcia will be aiming to impress in front of their loyal fans.

“I had a solid weekend in Portugal, but it wasn’t quite what I had expected. My pace was good, but I was pushing too hard in places and ended up making a few mistakes. The times at the top are so close that even losing a few seconds can be the difference between finishing on the podium or not. I’m looking forward to racing in Italy, the events are always good there. It’s a new weekend, a new race, but the goal is still the same and that is to top my class. I have a good idea of the things I need to work on, so I’ll try my best to stay consistent, and hopefully improve a little from round one.” – Josep Garcia

Running from 25-27 June, round two of the 2021 FIM Enduro World Championship will be held in Edolo, Italy. Similarly, to the first round, racing will get underway on Friday night with the Super Test, followed by two full days of racing where riders will face an enduro test, cross-test, extreme test, and four laps of 30 kilometres.