Monster Energy Yamaha Rally Team riders round up the top five of the first stage with a masterclass. 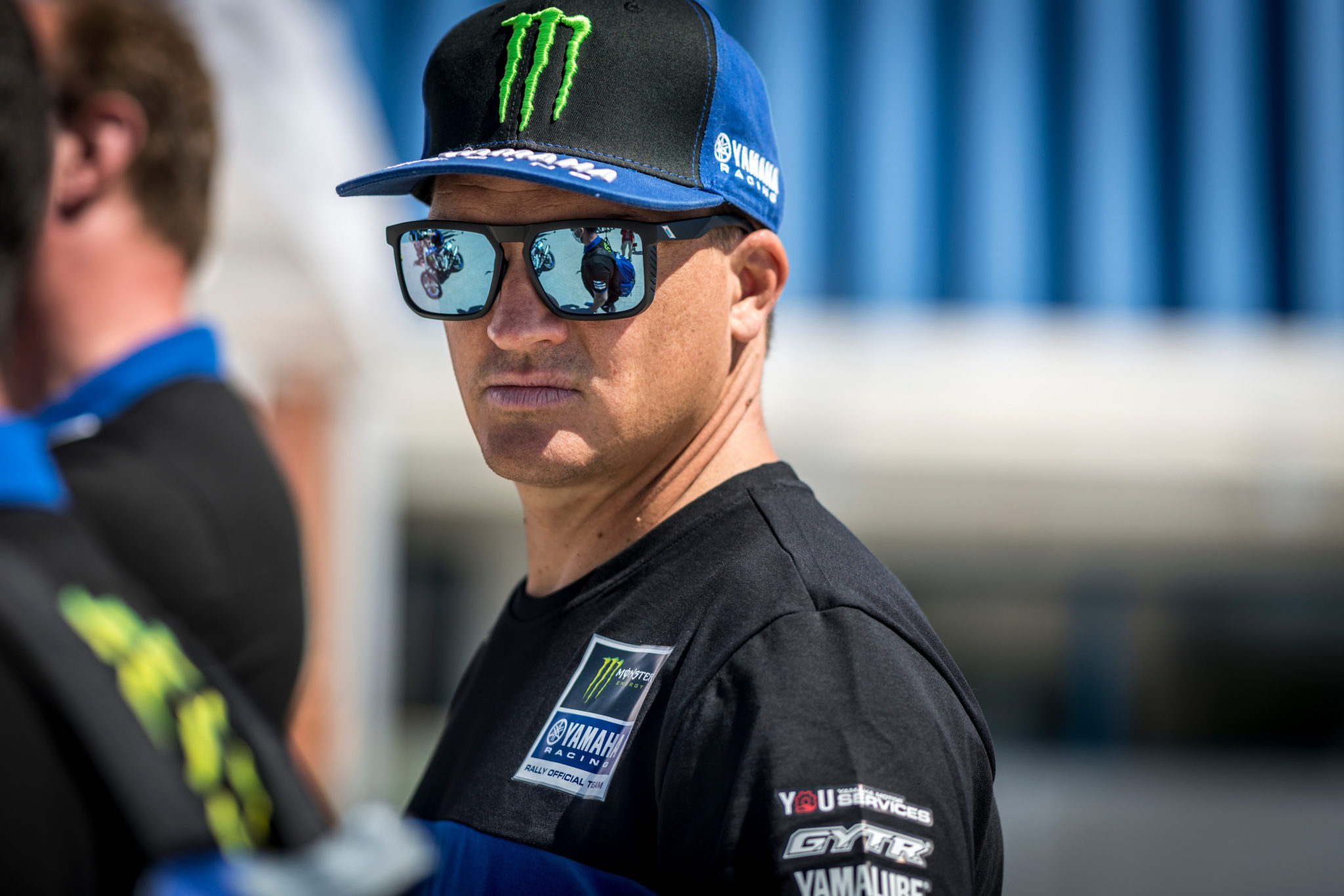 With Stage One of Rally Kazakhstan kicking off to a great start, Monster Energy Yamaha Rally Team’s Ross Branch tops it all with an impressive opening victory. Teammates Adrien Van Beveren and Andrew Short capped the top five, with fourth and fifth place respectively.

With a five-month rest since the Dakar Rally, the Monster Energy Yamaha Rally Team riders were eager to return to action with all racers completing the opening 280km special with strong riders.

The second stage of the 2021 Rally Kazakhstan will see the Monster Energy Yamaha Rally Team take on a 279km special located to the southeast of the city of Aktau. Each rider will have their navigational skills put to the test as they’ll be faced with a maze of desert tracks where mistakes could prove to be costly. At the end of the stage, the team will arrive in Bay Kendirli on the coast of the Caspian Sea.

“A really good first day here in Kazakhstan. It was great to open the stage and my navigation was pretty good. A few mistakes here and there but overall it was on point. It was a pretty fast stage and the bike was on the limit for most of the day, so it was a good test and it’s just great to be back racing. I can’t wait for tomorrow. I’ll open the stage again but I’m confident with my navigation, myself, and the bike, so I’m really excited to get going again.”

“Today was a good start to the event for me. We have a different style of roadbook compared to the Dakar, so it took some time to get used to that. After a while I got into it and started catching the riders ahead of me, but then I had to sit in their dust for over 100km and had to slow down a little. It was frustrating but then that group made a navigational mistake and then I found myself leading the stage. It was great to be in clean air and I was then able to make up a lot of time. Overall, I’m happy with how today went and I’m looking forward to tomorrow.”

“A good first day. It’s been a while since the Dakar so it took a little while to get back into competing again. It was a bit crazy early on in the sand dunes with a lot of vegetation around. It made it slower and technical though. And it was nice to ride on some different terrain. It was a decent day overall. Some good learnings were made and I felt great on the bike so it’s all positive.