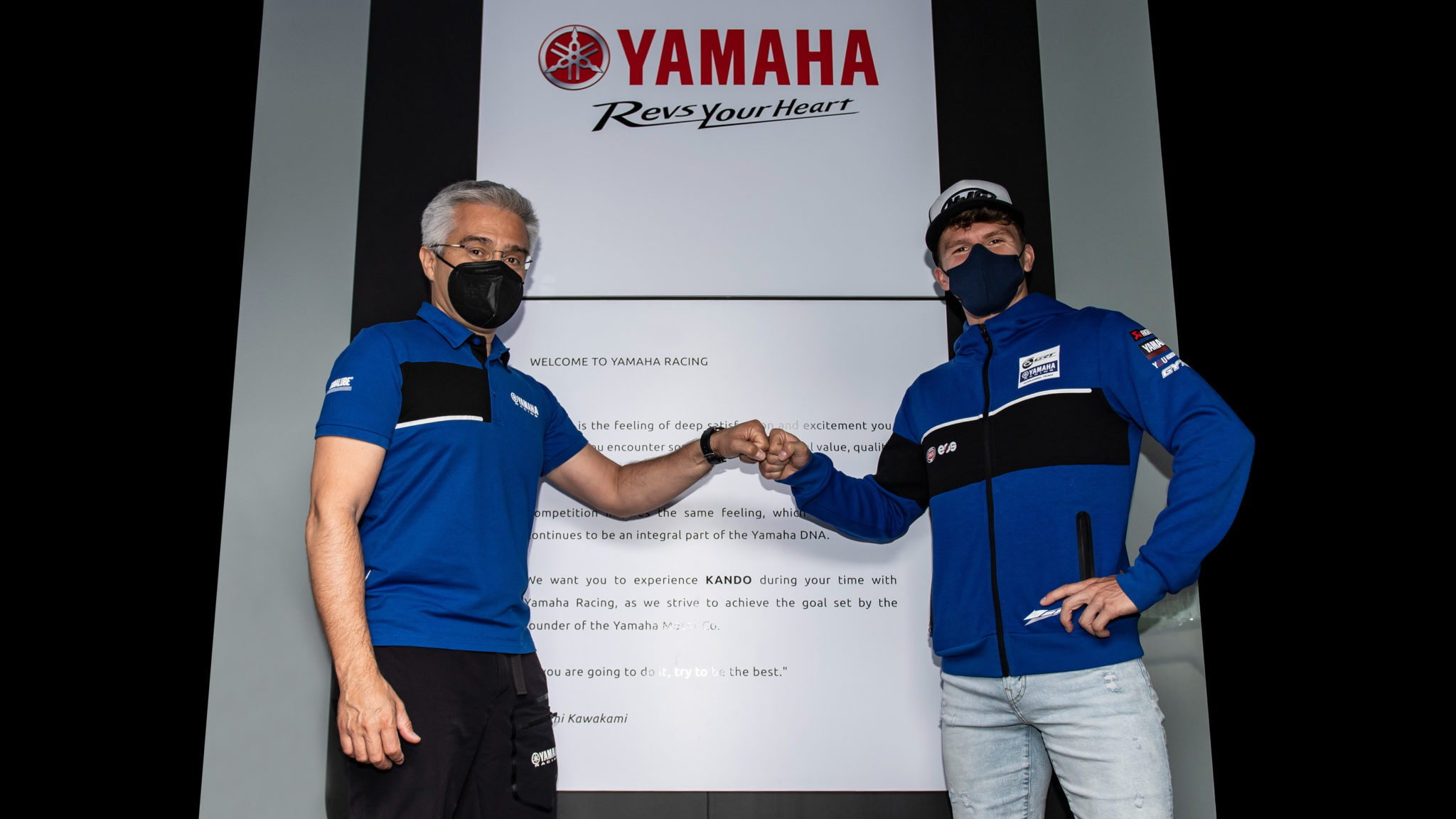 The tracks at The Wick 338 were soaked due to the rain, creating challenging conditions on race day. Cooper struggled during the second qualifying session and started from the fifth gate pick. He suffered a crash in the first moto and was 22nd after the first lap. He then fought his way back to sixth to salvage some points. He had a much better start the second time around in third and made his way up front. The 2021 250SX West Champion finished second and secured third overall to keep his podium streak ongoing.

Next weekend the Monster Energy Star Yamaha Racing team heads to Millville, Minnesota, for the Spring Creek National on July 17, Round 6 of the Lucas Oil Pro Motocross Championship at the Spring Creek MX Park. “Today was a good day points-wise for us. Justin salvaged what could’ve been a terrible first moto and made the most of it. It was great to see Colt up front in both motos, and he looks to build on this momentum.

Nate had a technical issue while running up front in Moto 1 and then an untimely crash in Moto 2 while battling towards the front. I’m proud of his heart and determination to still charge forward after the cards he was dealt. I’m bummed that Jeremy had a rough day, but he’s a two-time champion for a reason and will bounce back. We also have some solutions on our end to help him. Jarrett rode better today, and there’s a lot of positives that he can take away from it and build on. I’m proud of our team. We’re going to keep working and come back fighting next weekend at Spring Creek.” “Southwick was an up and down day for me. I found myself on the ground on the first lap of Moto 1 and then had to fight my way through the pack from last to salvage some points with sixth. In the second moto, I just didn’t have the energy to hold Hunter (Lawrence) back. I gave it all I had today and gained some points in the process. The bike was working well all day on a really rough track. I’m looking forward to going racing again next weekend!” “Southwick was a step in the right direction for me. The bike is feeling better, and the team has been working hard to get me comfortable, and we are getting there. This track is tough as usual, but I always enjoy racing ‘The Wick,’ and I’m happy to have two solid motos in the right direction.” “I got good starts in both motos but unfortunately went down on the first lap in both of them. I had to work really hard to get those 11-16 moto scores. It was a tough day, but we have some things to take away from it. I’m looking forward to my home race next Saturday.” “We had some bad luck in the first moto getting caught up in that pileup at the start, but we made a lot of progress, and I had a good ride to 15th and ended up 15th overall. It’s still not the results I’m looking for, but we are making progress. We’re going to keep working and try for better at the next one.” “It was another tough go at it this weekend with some problems in the first moto. I had a good start and was running sixth but had to pull in. It’s unfortunate, but it happens. In the second moto, I came from the far outside and managed a top-10 start, but a tip-over early in the race cost me. I’m taking the positives from today and am just going to keep doing the work.”