This UK prototype WMC250EV can hit up to a staggering 250 mph.

Electric motorcycles now come with a more practical alternative to internal combustion bikes with quick charging models that can go up to 200 miles of urban range. However, British company White Motorcycle Concepts wants to make electric motorcycles even faster. The company has built a prototype that supposedly surpasses a land speed record. Current record-holder and former World Champion Max Biaggi rode the Voxan Wattman to a maximum speed of 254 mph across two runs in opposite directions over a flying mile that averaged out to 228 mph.

The WMC250EV features a hole that runs from the front to the back. Its duct system “V-Air” makes it the “aerodynamically efficient motorcycle in the world” as stated by the company. It reduces drag up to 70 per cent, which was tested at the UK”s Horiba MIRA facility. According to Top Gear, the rear wheel is chain-driven by a pair of 30kW electric motors. The front wheel, on the other hand, 20kW. In total, they deliver 100kW or 134 hp. The electric drivetrain and battery packs are both in the bottom half.

The concept of the WMC250EV is tailored to motorsports veteran Rob White. The legendary sportsman has made appearances at Formula One, Le Mans Prototype, V8 supercar and World Endurance Championship race teams. White had his silhouette laser-scanned in order for the bike’s bodywork. Despite this, the company has plans to produce it for the masses.

The technology will now be tested at the British electric semi-streamlined motorcycle record later this year followed by the world record in 2022. What do you think about the WMC250EV? 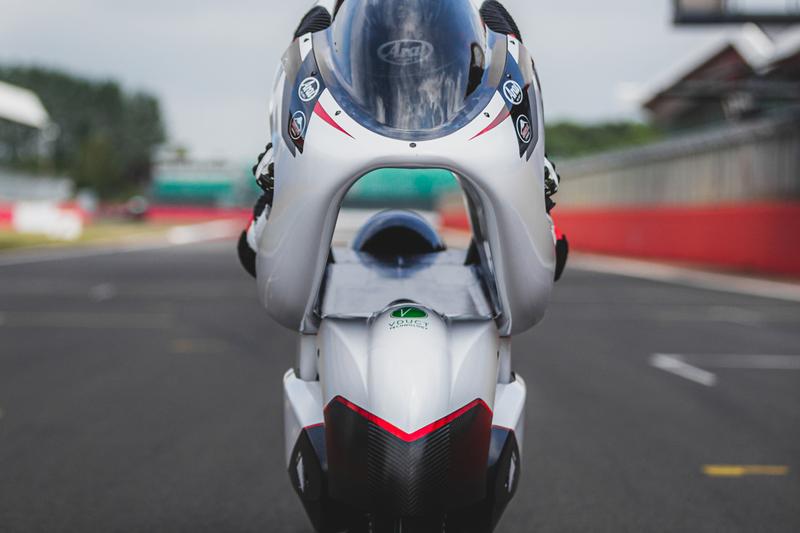