Dorna Sports has just announced a contract extension that will see Argentina remain on the FIM MotoGP World Championship calendar until 2025. Argentina was previously confirmed until 2022 due to the disruption of the Covid-19 pandemic. This time, a new three-year contract will see the Autódromo Termas de Rio Hondo, in the province of Santiago del Estero, continue to host MotoGP in 2023, 2024 and 2025.

“The three-year contract renewal for the Grand Prix of Argentina is fantastic news for MotoGP. It shows once again the incredible level of interest in our sport across the territory. The impressive crowds who flock to the event, and from many different countries, added to the great feedback from the riders, proves how vital our presence in Argentina and Latin America truly is,” says Carmelo Ezpeleta, CEO of Dorna Sports.

“Few provinces reflect the synergy between tourism and sport as Santiago del Estero does. That’s why it fills us with pride to continue hosting MotoGP. It is an event with international prestige that will also play an important role in the economic redevelopment of the region. I want to congratulate the governor for making tourism and sport key policies. The national government reaffirms our commitment to accompany this venture that generates both employment and local development,” adds Matías Lammens, Tourism and Sports Minister.

This new agreement is between Dorna Sports, the Argentinean Ministry of Sport and Tourism, the National Institute of Tourism Promotion in Argentina (Inprotur), and the Government of Santiago del Estero province, as well as the OSD Group as local promoter.

“The city of Termas de Rio Hondo and the province of Santiago del Estero will remain positioned on the international stage thanks to this event. The work that has been carried out over these seven years along these lines. MotoGP creates a truly superlative economic impact in the north of Argentina. The competition takes place at a top-level circuit. The riders, the organisation and the fans know and enjoy the destination. The Republic of Argentina also gains visibility through the hundreds of thousands of homes around the world via the official broadcasts. The Government of the Province, together with Dorna, Inprotur and the Ministry of Tourism and Sports, join together in their efforts so that these achievements may long continue,” says Gerardo Zamora, Governor of Santiago del Estero.

The announcement was made in a special presentation in Termas de Rio Hondo. This confirms the future of one of the most vibrant race weekends on the MotoGP calendar.

“We’re very satisfied and happy to renew our agreement with Dorna Sports to continue organising the Grand Prix of Argentina, which we’ve done since 2014. The effort is enormous. But we are able to make it happen thanks to an incredible team headed by Minister Lammens and Governor Zamora. MotoGP is an event that allows us to take our place on the world stage. It shows our strengths and be a point of reference in global elite sport. We celebrate all this and redouble our efforts so that each new edition is even better than ever before, creating an amazing experience for the fans who attend. Termas de Rio Hondo will receive us looking better than ever, the circuit will be perfect and even more improved. We continue moving forward in order to remain a point of reference in this part of the world,” concludes Orlando Terranova, CEO OSD Group. 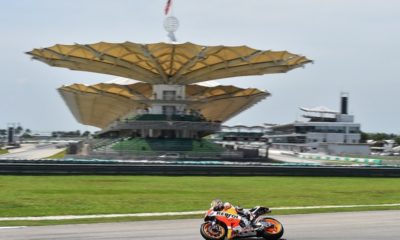