Preliminary reports revealed that only 77 units of the Brabus 1300 R were built in conjunction with the anniversary of the firm’s establishment in 1977.

Several portals have seen busy posting news about the collaboration between Brabus and KTM which may use Super Duke as the basis for their new coupling model.

Speculation also hovered in the internet space recently after it was said that there were several tests taking place between the two parties.

However, the mystery was finally unravelled when KTM’s own official website revealed that the model was actually a Brabus 1300 R.

The combined model of Brabus and KTM was supposed to be launched on February 11. However, KTM accidentally revealed it yesterday before the post was withdrawn.

A Google search still found the picture even though the Brabus 1300 R model is no longer displayed on KTM’s official website. Based on the photos revealed, the aggressive character of the 1290 Super Duke still receives a touch of Brabus ’unique design.

In terms of specifications, no partnership has been made and the selling price of the Brabus 1300 R is still a secret.

As far as is known, the first motorcycle from the Brabus was based on the 1290 Super Duke Evo platform.

It is generally believed that the Brabus 1300 R will be equipped with a WP Apex fork and ‘electronic adjustable monoshock, powered by a 1,301cc V-Twin Super Duke engine with 180hp.

The model is expected to share many KTM components. The most noticeable differences are on the headlights and the wind ventilator at the front.

The colours on display are Magma Red (red) and Signature Black (black). 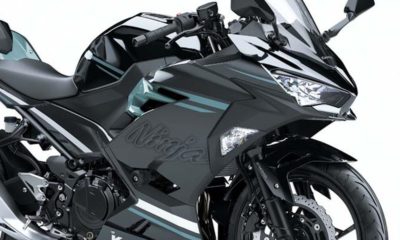