Making its debut in the middleweight motorcycle market in Malaysia is the 2022 QJMotor SRK600, priced at RM35,888 excluding road tax, insurance and registration.

A few weeks ago, it was reported that MForce Bike Holdings Sdn Bhd would be introducing their first model under the QJMotor umbrella, the SRK600. Soon after, the motorcycle made its debut in Malaysia during the launch of Benelli Best Shop Johor Bahru by TR Motorworld Sdn Bhd.

Reservations are now open for the QJMotor SRK600 which is offered at a price of RM35,888.

QJMotor is a motorcycle brand under the Qianjiang company, which is also the owner of several other motorcycle brands including Benelli which are marketed in Europe and several countries in the Asian region including Malaysia.

Sharing the platform with the Benelli TNT600, the SRK600 is also reinforced with a lightweight steel trellis frame and an aluminium swingarm.

Powered by a 600cc 4-cylinder engine with liquid cooling, the SRK600 offers 81.5hp and 55Nm with its power channelled through a 6-speed transmission with the help of a slip clutch.

In addition to its powerful engine, the SRK600 is also equipped with premium components including a USD Kayaba fork (KYB) with a single Marzocchi shock absorber.

The braking aspect is controlled by Brembo brand callipers which are assisted by the presence of ABS. Riders can also access machinery information via a 5-inch TFT display.

According to information obtained previously, SRK600 is one of the models that will be introduced for the Malaysian market which will then be followed by several other models. 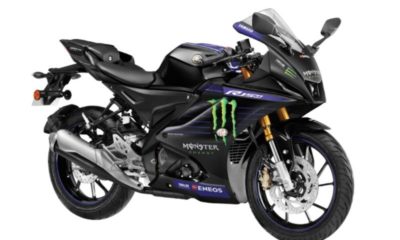