A series of extreme weather warnings have been issued for Japan as it braces itself for the super typhoon Nanmadol, a tropical storm predicted to be one of the most intense on record.

Round 16 of the MotoGP which is due to take place in Japan is most likely to be cancelled due to alarming weather warnings.

The Motegi Circuit is scheduled to receive a visit from the MotoGP World Championship on September 23 to 25. However, the event is facing uncertainty due to the current violent Typhoon Nanmadol which has recently hit Japan. The typhoon has delivered unprecedented waves and storms in many parts of Japan.

According to reports in Japan, Typhoon Nanmadol – on par with a Category 5 hurricane in strength – is forecast to hit the Kyushu region. More than four million people have already been evacuated so far.

Although the typhoon is expected to hit the southernmost part of Japan and far from the Motegi Circuit, weather forecasts reveal that the typhoon will still pass through Tokyo.

The typhoon has also affected the logistics sector in Japan. The Japanese government thus has stopped the ‘bullet train’ (shinkasen) service. Flights are also expected to be disrupted once typhoon Nanmadol hits.

Dorna and IRTA are also aware of this and any schedule changes will be made before the MotoGP team departs. 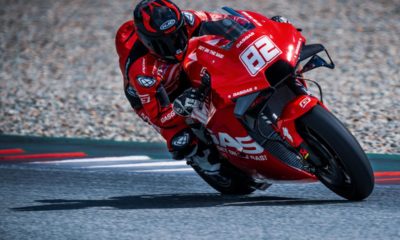