Meet the 2023 Honda Rebel 1100T DCT, with a new visual identity and bodywork with performance similar to the iconic Rebels.

All three Honda Rebels feature a 1,083cc Parallel-Twin engine, the same as used on the Honda Africa Twin. However, the torque and power of the engine differ according to the suitability of the cruiser machinery. This then makes the bike easier to handle.

In addition, the Honda Rebel 1100T engine is also matched with a 6-speed manual transmission. On the other hand, the other two variants, including the bagger, use a 6-speed dual-clutch automatic transmission (DCT).

The Honda Bagger 2023 version for the United States features a 4-stroke 4-valve 1,083cc SOHC Unicam Parallel-Twin 22.5º liquid-cooled engine with PGM-FI fuel injection technology and 46mm throttle body and Throttle-by-Wire. It comes with Honda’s Selectable Torque Control (HSTC), Wheelie Control and cruise control. Not to mention, it has riding modes such as Standard, Sport and Rain. 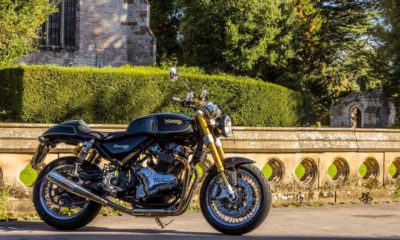