The all-new 2023 KTM 790 Duke is a reintroduction of the manufacturer’s ‘Original Scalpel’ after a short hiatus.

KTM made the decision to revive its 790 Duke after many requests from the global market. The Austrian manufacturer previously replaced the 790 Duke with the 890 Duke due to wanting to produce a more powerful machine as well as having to comply with strict emission standards in Europe.

However, the rights to the parallel-twin LC8c 799cc engine no longer belong to KTM and have already passed to CFMOTO for the development of the 800MT.

Therefore, the reproduction of the KTM 790 Duke has been successful with CFMOTO for the year 2023.

For the record, the LC8c engine still produces 105hp at 9,000rpm and 82.37Nm @ at 8,000rpm. Despite the same engine, this 2023 model comes with several new features. KTM has given the bike upgrades in terms of its electronics package.

According to KTM, this 790 Duke 2023 comes with a ‘Track’ mode that joins the existing modes Sport, Street and Rain.

Other specifications including the suspension parts are still the same as the previous model. 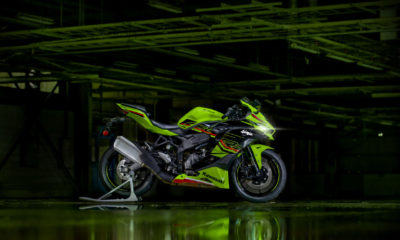 Benelli Panarea 125 arrives in Malaysia at only RM6,888
Team Suzuki Racing website to shut down end of 2022 after 23 years