The 750cc motorcycle Honda XL750 Transalp may be making its debut in Malaysia soon.

The Transalp name is back in Honda’s portfolio for 2023 with the launch of the Honda XL750 Transalp at EICMA 2022, last year.

The adventure segment motorcycle will compete with Yamaha Tenere 700, KTM 890 Adventure and several other models in its segment.

Sources are that the mid-segment ADV machine will arrive in the Malaysian market soon. The development has gained the attention of many since the ADV segment is now receiving high demand.

Honda has updated the ride-by-wire system for this ADV model to ensure better performance during long-distance riding (touring).

Power is channelled through a 6-speed transmission with the help of a ‘slipper’ clutch with F.C.C Leaning Segment discs.

Honda claims that the new design for the clutch helps reduce ‘drag torque’ by up to 30 per cent. At the same time the clutch can be pulled easily in addition to smoother gear changes.

Other electronic features available include engine power in four levels, ABS two levels and five levels of Honda Selectable Torque Control (HSTC). It also has wheelie control, and HSTC and ABS can also be deactivated while ensuring that the XL750 Transalp is suitable for off-road riding.

More interestingly, despite holding a bigger engine, the frame on this Transalp is 10 per cent lighter than the Honda CB500X.

Overall, the XL750 Transalp only weighs 208kg. Suspension equipment comes with a 43mm ‘separate function’ front fork from Showa with a travel distance of 200mm front and 190mm rear.

Further information including the price will be brought to you as soon as there is an official announcement about the launch of this model. 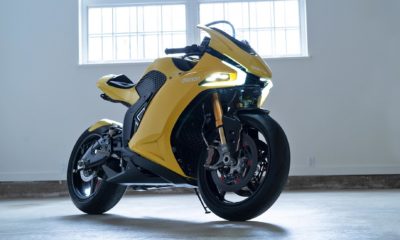 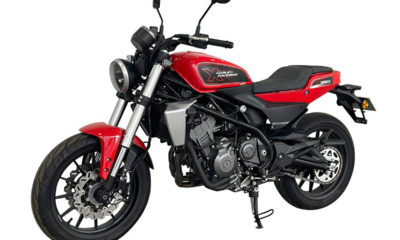 Kawasaki Ninja ZX-4R all geared up for launch this year