The Chinese motorcycle manufacturer, Zontes is entering the Maxi-scooter market with their new Zontes ZT300T-M/ZT310T-M! A 125cc version of the scooter is on the list too! Zontes from China has been well known for their ZT310 motorcycle lineup because of its quirky design. Zontes has a range of adventure, naked and sports bike in their motorcycle line up. However, with their recent tease on social media, Zontes confirms they are entering into the Maxi-scooter market for 2020.

Zontes posted a picture of two scooter side by side. One in blue and white and the other one in grey and orange. The one on the left with the blue and white colour scheme is Zontes’s first Maxi-Scooter ZT310T-M. Looking closely at the sticker on the side, the grey and orange scooter seems to be a 125cc version of the ZT310T-M and we believe it would be called the Zontes ZX125T. However, the specs and details of the smaller 125cc version are not fully out yet.

Both the scooters in the picture look astonishing and look very unique just like Zontes’s other  ZT310 bikes. As usual, ZT310T-M does look a lot like a concept motorcycle with its Gundam robot-like design. According to sources, the ZT300T-M would be powered by a single-cylinder 309cc engine that’s built by Zonte’s parent company, Guangdong Tayo. This engine puts out around  33hp so to put this into perspective, Yamaha’s XMAX pushes around 28hp and Honda’s Forza 300 puts out around 25hp. Aside from this, the ZT310T-M weighs 168kg which is 14kg lighter than the Forza 300 and 11kg lighter than the XMAX.  Seems like a good competition is on the way, huh? 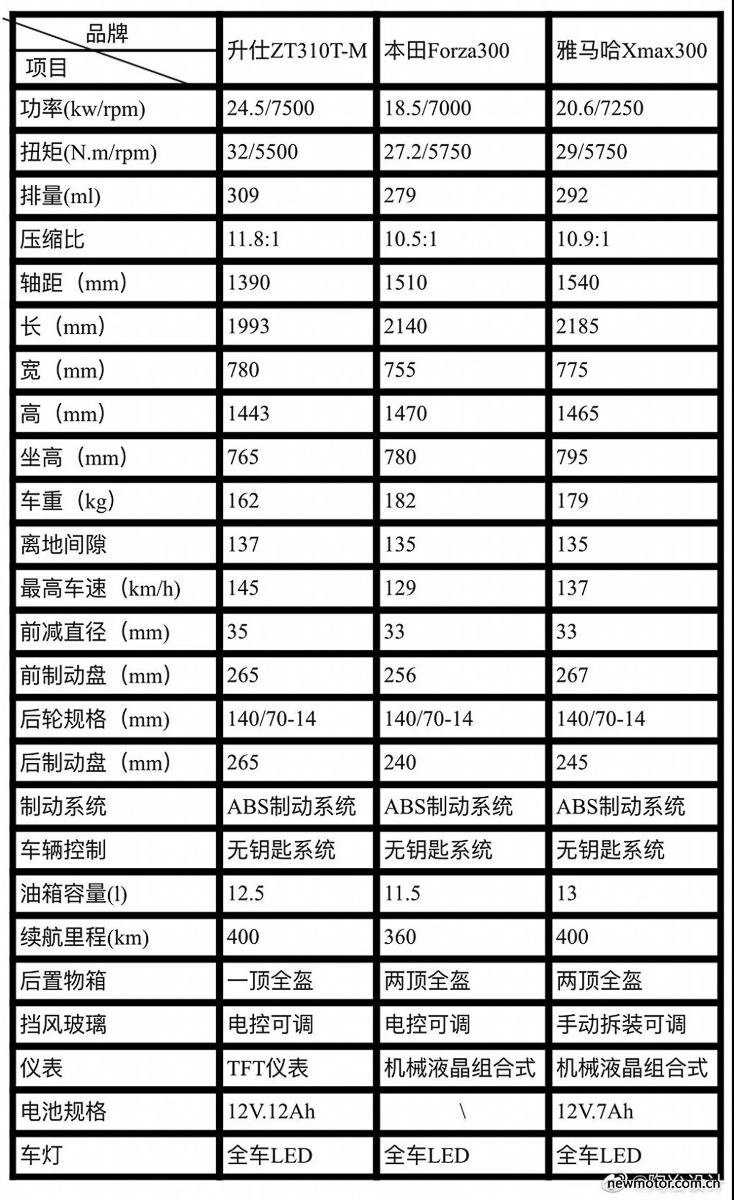 Furthermore, the 309cc engine on the ZT310T-M isn’t the same DOHC 35hp engine used in the ZT310 naked, adventure and sports line-up.

Aside from this, the sticker on the front mudguard and the spec sheet confirms both the 309cc and 125cc scooters will roll in with ABS, adjustable windshield, TFT display, LED headlights, signals and DRL.

In the case of the launch, sources suggest the bike would be launched by August this year. As for the price, the ZT310T-M is expected to be priced around 30,000 yuan which is close to RM18,100.

Did you know, iMotorbike is ranked under top 20 for the best motorcycle blogs on Feedspot!