Check out this custom Honda Super Cub Bagger from Japan! Is this one of the outstanding custom Honda Cub builds out there? 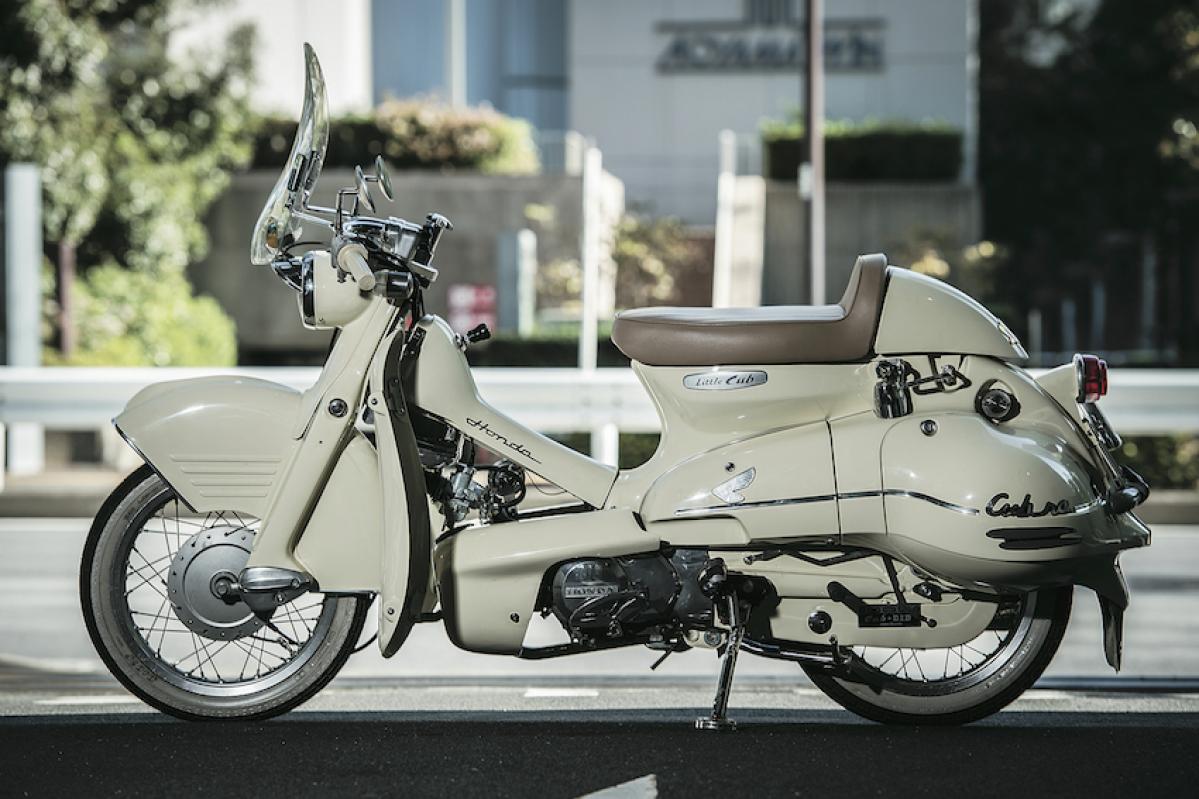 In case you missed last week’s episode, motorbike’s weekly iM Cubaholic series covers everything about the iconic Honda Cubs. The Cub is one of the most important bikes in both the motorcycle and Honda’s history.  Honda changed the way people look at riding motorcycles with the introduction of the Super cub and the ad campaign “You meet the nicest people on a Honda” back in the 1950s. Since then, Honda has sold over 100 million Cubs with a large Cub lineup/variants where some models are barely known.  In this series, we cover everything from both known and unknown Cub models to their; history, specs, features and many more.  Are you a Cub addict? well, this is something you wouldn’t want to miss!

If you are a retro motorcycle fan, this custom Cub would seem a bit familiar to you. Well, apparently this build is a take on Suzuki’s iconic SW-1 motorcycle from the 1990s. 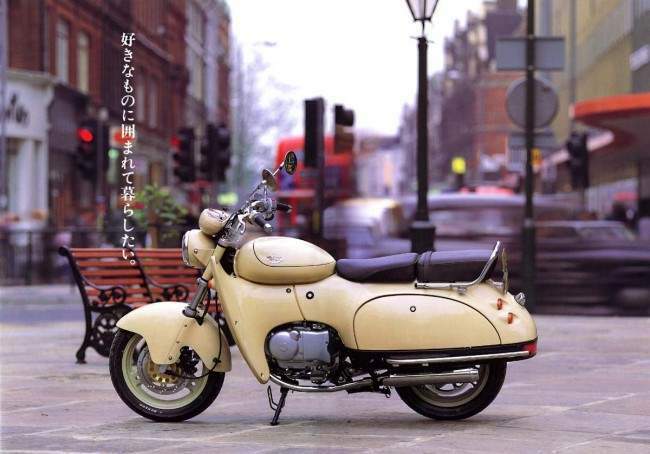 The Suzuki SW-1 is a fully enclosed 250cc blet-driven street bike made specifically for the Japanese market. As the production went on for just a short period of time, the Bagger-style SW-1s are extremely rare even in Japan. 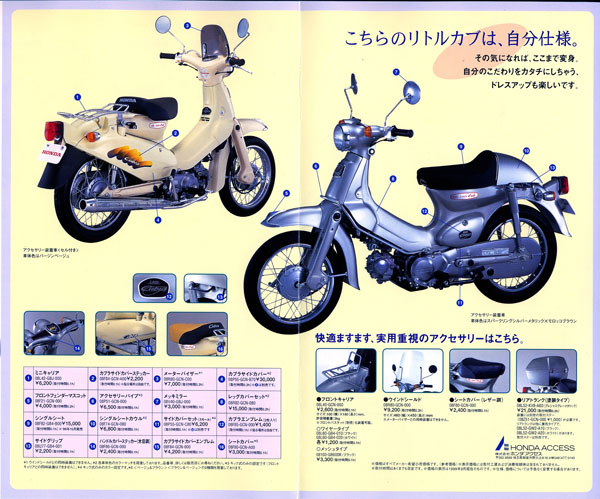 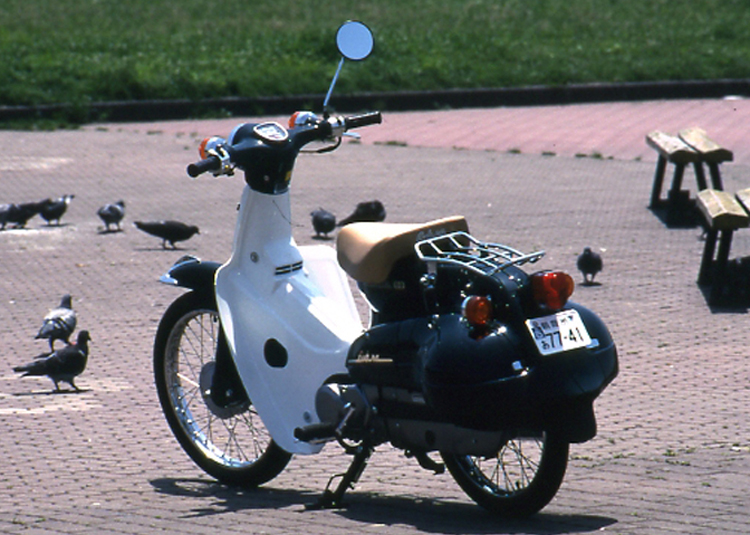 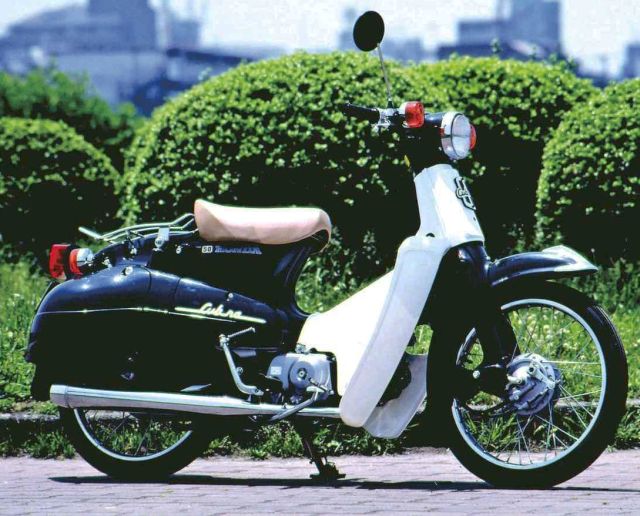 The build makes use of bagger side panel and single-seat module off the Cubra accessory kit. The custom knee guard and the curvy belly pan/engine cover have been retro-fitted to go hand in hand with the curvy rear of the bike. 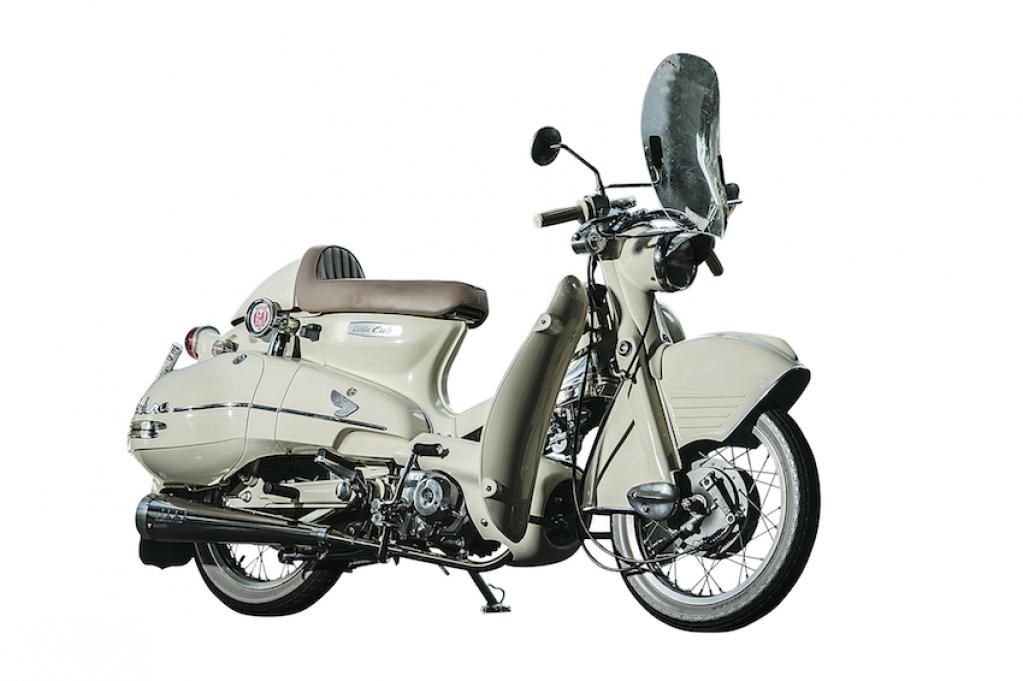 At the front, the custom wide front fender alongside the 14- inch spoke rims sourced from the Little Cub blends in with the overall profile and scale of the bike. 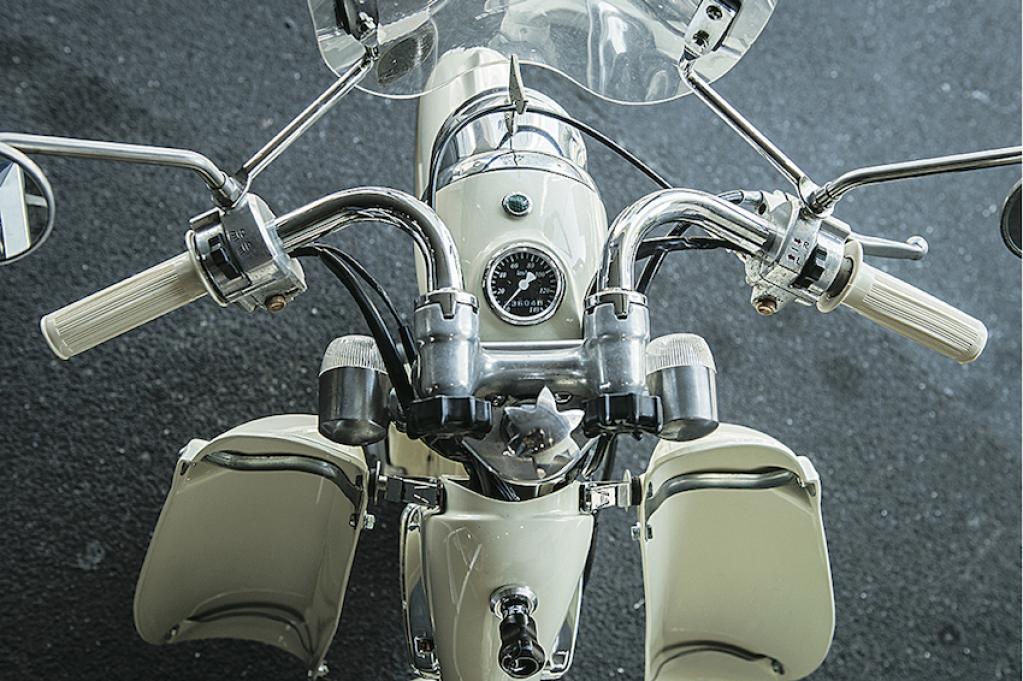 From the side, the chrome Honda Super Cub emblem, the Super Cub 60th anniversary badge as well as the cursive retro Honda writing on the down tube cover have been added to present the roots of the King Cubra. 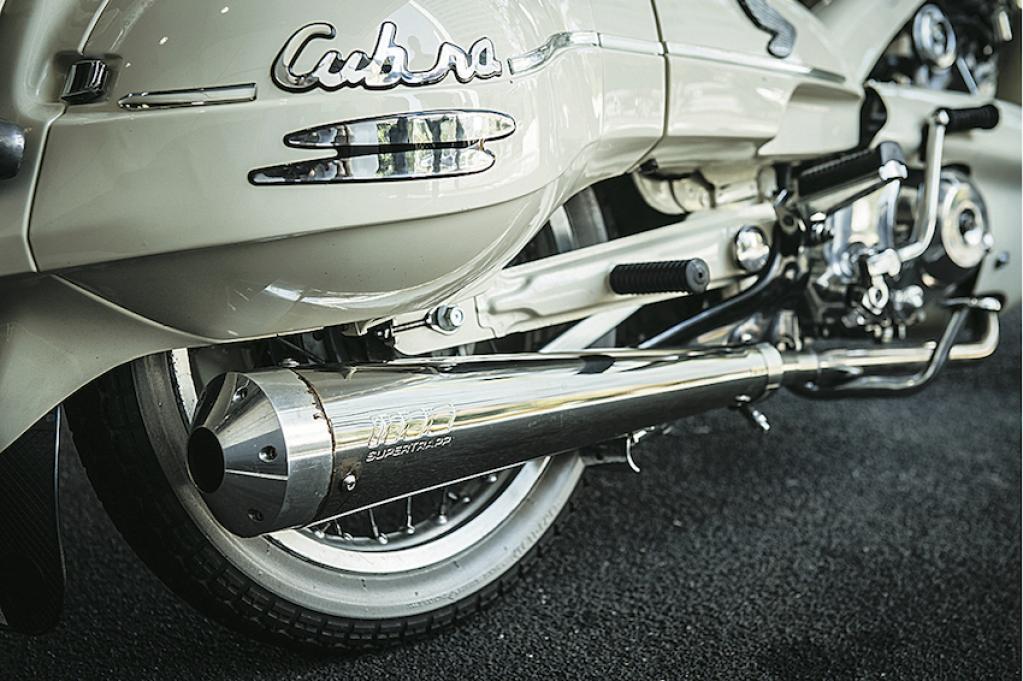 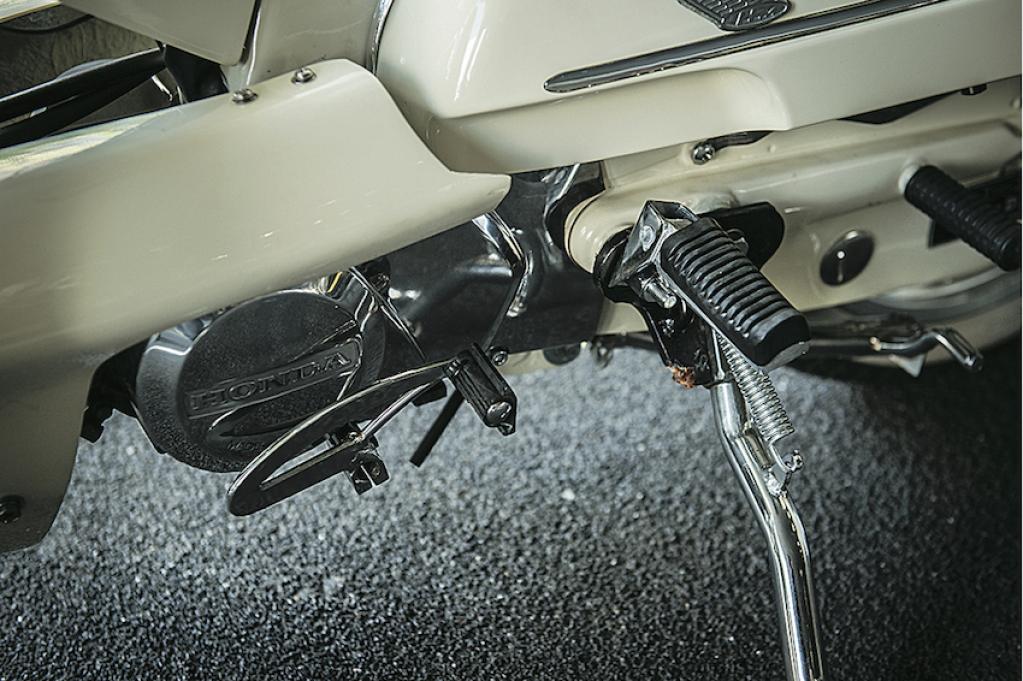 The flashy 4-inch Super Trap exhaust system, chrome-plated gear shifter, chrome side mirrors and the aluminium Vespa bumper around the bike gives it a premium look and we quite dig it. 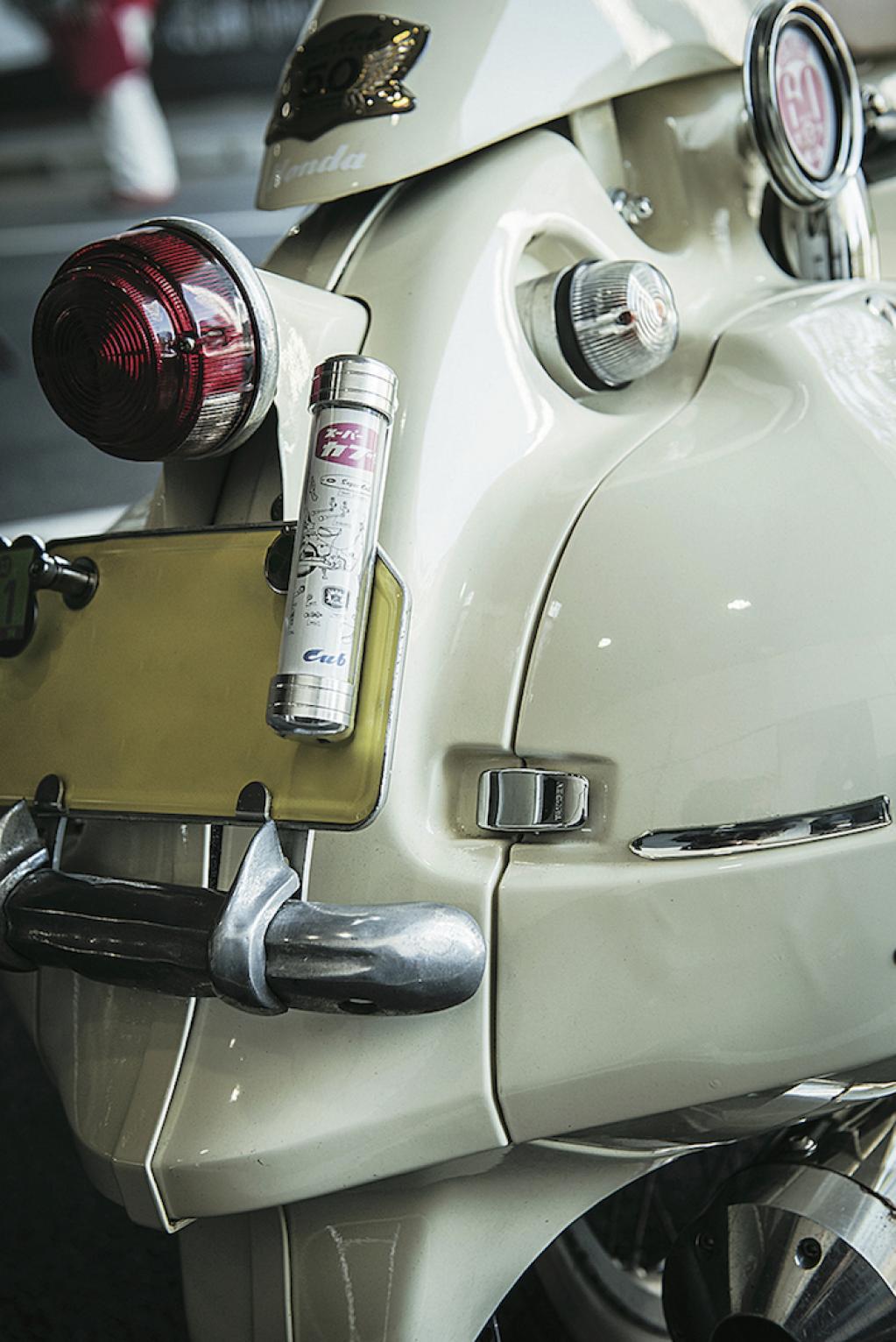 Wondering about the tubular holder attached to the plate holder? Well, it’s a capsule to store the licensing documents of the bike. In fact, these holders are widely used in Thailand.

With the matching SW-1 paint code, we think the entire build has been neatly executed from the ground up. We have come across builds that transformed the Honda Cub into Vintage racers and even 3-wheelers, but the King Cubra is definitely one of the most unique builds. So now, tell us, what do you think of this custom King Cubra?